The story of Red Dead Redemption 2 is the prequel to the first game, Red Dead Redemption. That games hero is John Marston but that’s another story for another time. Today I will talk about Arthur Morgan and the impact he had on the story and me.

Arthur Morgan is an outlaw in the Dutch Van der Linde gang; he’s the lieutenant and the muscle. A botched ferry robbery in 1899 left several members of the gang dead and their substantial money stash gone. The Van der Linde gang flees to Blackwater and realizes that civilization is catching up on the time of the outlaw. Dutch who leads the gang is putting together a plan were they can collect enough money, put their outlaw ways in the past and finally retire. However things rarely go to plan especially when you’re an outlaw trying to escape the law. It was during the games main storyline missions where I started to get my own sense of who Arthur was and how I was going to play the game. You can chose to be honorable or dishonorable and I thought just because you’re an outlaw doesn’t mean you have make unmoral choices.

Red Dead Redemption 2 is an open world western themed action adventure game. One of the main gameplay mechanics is how you respond to the world around you. There are several side quests and completely random events involving all types of NPC, during these events you can respond positively or aggressive. There is no wrong way to play the game as your honor level gives bonus whether it’s honorable or dishonorable yet I chose to play the game with as much honor as I possibly could. I tried to help everyone I came across and acted like a law abiding citizen when I was in all the towns. I did this despite being the muscle of the gang yet when things got ugly so did I. Rival gangs, criminals and the law were always around and it was either you or them and in the time of the outlaw it was all about surviving another day. One example was the gang’s loan shark Strauss, he would loan money to people who could never repay on time or even at all. When forced to collect the debt I honestly felt bad doing it, you could beat them or threaten them. None of the choices are good yet threating is the lesser of the two evils and I collected the debt owed.

While doing story and side missions I found myself doing other things with Arthur like exploring, fishing, hunting animals, playing various card games, treasure hunting, bounty hunting and several other various non-story related leisure’s. All of these activities took me countless hours of gaming and I was immersed into Arthur and the story. Just over the halfway mark in the game Arthur begins to feel ill, he developed a nasty cough and finally passes out. You wake up in a doctor’s office and he tells Arthur that he has tuberculous; I was completely shocked and very sad when I found out. Ironically enough it was earlier in the game during a debt that I needed to collect where you get tuberculous from an infected individual. During this debt quest the story takes over from you and you have no control over Arthur’s actions. Arthur beats the man in front of his family in which they begin to scream and cry out for you to stop. During this beat down the man coughs on Arthur and passed on the disease. As you continue the story Arthur keeps on coughing and his appearance gets worse, his eyes become blood shot and he begins to lose weight and his tough stature is now dwindling down, it’s a very emotional thing to watch. As if things weren’t bad enough they get even worse; the Van der Linde gang is falling apart and fast.

Dutch has made some crazy decisions and none of his plans have worked thus far, his descend to evil is now apparent. He doesn’t care about the gang but only for himself and those who blindly follow. Arthur has now begun to question his leader’s choices and his morality. Dutch takes Arthur’s questioning and lack of faith personal as it was Dutch who raised and watched over him. Arthur now probably for the first time has realized that Dutch wasn’t the man he thought he was and tries to undo the chaos that Dutch is unleashing. With all of this happening it made me realize that all my moral choices have had a greater impact on the storyline and Arthur in general. I don’t think it was the sickness that made Arthur a just and moral person, I think it was already there, it just took an extreme action for him to wake up and change for the better. Arthur doesn’t have much time left to live and he knows it so he decides to take it upon himself to help out the good members of the gang, most importantly John Marston and his family. John and Arthur go back a few years but their relationship wasn’t the greatest. Things took a turn for the better when John’s son Jack gets kidnapped, both men bond over the experience and they eventually save Jack and John is forever grateful to Arthur. 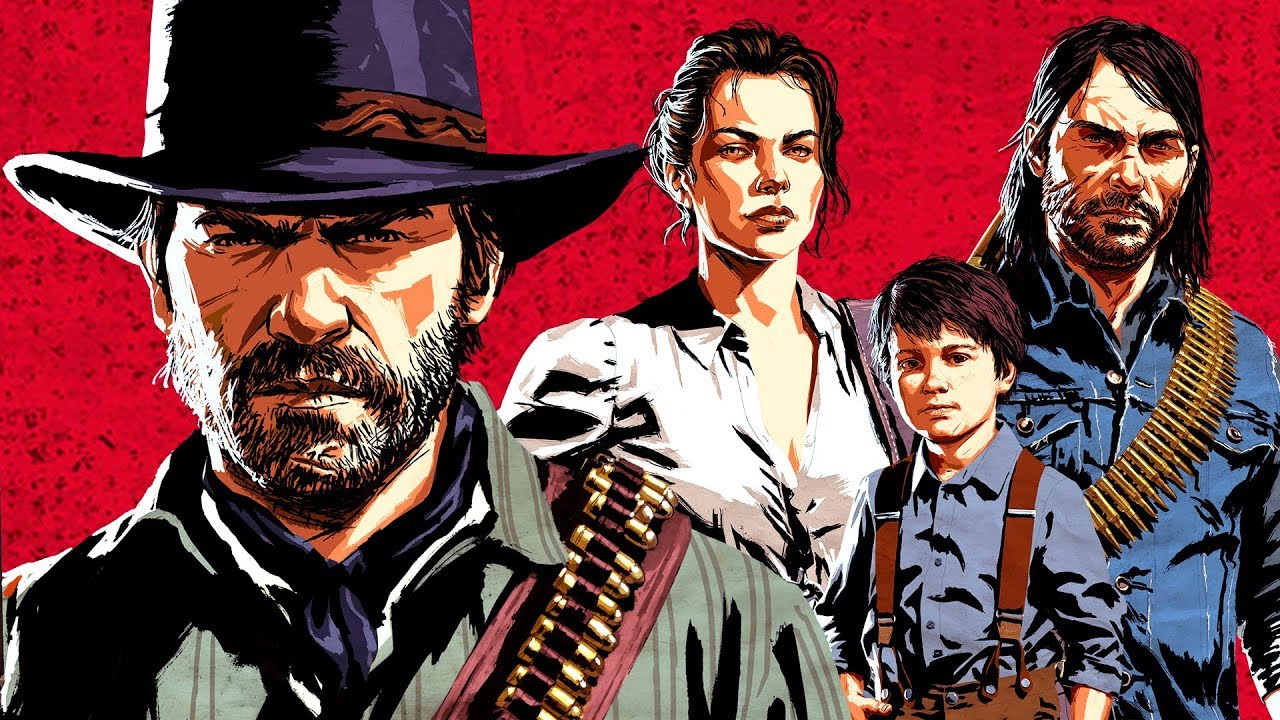 Arthur knew that John had a good heart and that John wanted to do what was best for his family and he thought Van der Linde would provide them safe keeping. John and Arthur began to connect and had many of the same ideas about Dutch. Arthur knew that Dutch wasn’t a fan of John and that it was probably time for John to get away from the gang and never look back. Arthur’s main goal was to focus his attention on John to help him escape. I felt that Arthur would sacrifice himself in order . Arthur saves John’s wife Abigail and her son Jack and told them to wait at a specific location for John’s return. As both Arthur and John escape the law and the now vengeful Van der Linde gang there was only one out come, both of them weren’t going to make it out alive. Arthur wanted John to have the life that he could never have and raise his family the proper way. Arthur put Dutch over his own family as he had a wife and child that he seldom saw. He would only visit them every so often and one day he returned to freshly dug graves as they became casualties of a home invasion. Arthur literally gave Dutch everything and all for what?

There was a point during the very end of Arthur’s chapter when he told John to “Run and never look back”, John begins to speak but Arthur interrupts and says “Get the hell outta here and be a goddamn man”. Arthur then puts his hat on Johns head and John says “You’re my brother” Arthur simply replies “I know”. That part broke my heart and I actually cried. It made me think of my own brother and sisters, even my friends. There were cut scenes in the game that didn’t always make sense to me; they were beautiful visuals of a buck. This buck would appear after chapters were completed but also towards the end of the game when Arthur would pass out due to his illness. Then it suddenly hit me, the buck represented my honorable play through, if you played dishonorably then you would see a black evil looking wolf. Looking back now I’m very happy I play the game like I did because it just felt right to me and the story had a powerful and emotional impact on me. Moving forward I would like to be a better person, boyfriend, friend, sibling and son. It’s funny that you can sometimes learn a lesson about life by just playing a video game as I saw a lot of myself in Arthur’s character.

Arthur may have done some bad things in his life as an outlaw but I ultimately feel he was a good person. As he chose to give his life in order to save John and his family, I believe it was that final act that lead him to his road to redemption.